Blog > Women Adventurers: What Stops Us Getting Out There?

Women Adventurers: What Stops Us Getting Out There?

Adventure is exciting, it makes us feel alive and connected to the world we live in. So, what is it that stops women leading more adventurous lives?

Where Are The Women Adventurers?

Bex Band of The Ordinary Adventurer published her thoughts on the issue a while back: Dear Adventurers Please Stop Pretending Everyone Can Do This (Nov 2017). It’s still relevant, and it got me thinking.

Most ‘adventurers’ are white men and there’s a cultural belief that ‘anyone can do this’ (you just have to be committed to your challenge, quit your job, and get on with it), the implication being that if it’s something you aspire to and you’re not doing it you’re just not trying hard enough. Bex called this out :

“…let’s stop ramming down people’s throats that they should quit their job and go after their dream and stop being so scared. Is it fair to make out to the single-dad, struggling to hold down 2 jobs to feed his family that the only thing holding her {sic} back is himself?”

No, she said. No, it’s not. And then, slowly, it dawned on me that I’m the person she’s talking about. One of the many.

Quit your job they say. I haven’t had a regular income for a decade due to a serious mental health illness. Use your savings? Have you tried saving on an income way less than working minimum wage? I can’t even afford a passport. Try adventures at home? Bex cites the cost of a return train fare from London to the Lake District costing £160+. (Nov 2017). Today (2019) the fare from Truro in Cornwall to Windermere in the Lakes is £438.60 (Trainline). But it doesn’t matter if it only costs £100.00 when you’re struggling to feed and clothe yourself and your family. It’s all pie in the sky. [Travel costs are still a huge issue for me in 2021 – here’s how I afforded the train fares for my latest adventures.]

And, there’s something else the male, privileged white adventurer neglects to acknowledge: women still earn significantly less than men. If you happen to be a woman in Cornwall (or another deprived area of the country) you’re likely to be even more financially disadvantaged than women elsewhere: Cornwall is one of the poorest counties in the UK: Low wages in Cornwall (it makes pretty grim reading).

But what if money isn’t a barrier to hopeful women adventurers? We’re probably struggling to find the time.

It’s a widely acknowledged fact that women spend proportionally more time caring for other family members than their male counterparts. We look after children, grandchildren, parents, extended family, even friends and neighbours, regularly putting other people’s needs before our own. Single parents, or parents of children with difficulties of their own, have added responsibilities. It’s all too real to feel trapped by circumstances, but it’s not all about money and family commitments.

You’ve heard it all before and on top of everything else, it’s a battle you’re too exhausted to fight.

None of these facts stop the restless, niggling desire to get out and experience the world on your own terms though. But under the burden of all those hurdles you put it off, or you begin to believe it’ll never happen for you. So, what can you do? I’m not one to leave it there and give up on the idea. And I don’t believe you are either.

As yet I don’t have a ‘proper’ income and I have a young adult son who suffers with severe anxiety, and it looks like he’ll be at home for some time. But none of this means I’m going to put off having some adventure on foot. Hiking keeps me sane.

I think the first thing any of us that live in challenging circumstances needs to do is re-frame adventure. What does it really mean? 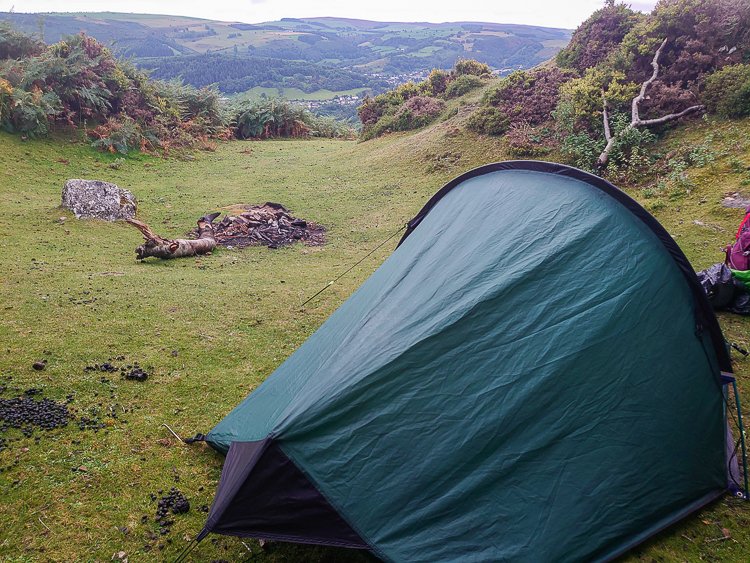 I’m lucky. I’ve got to a point in my life where I’m able to think about what I can do rather than focus on the restrictions I face that are difficult or slow to change. I’m lucky I’m in good health at the moment (although this changes all the time) and can recognise and call out the negative feelings that sometimes overwhelm me. And I’m especially lucky I happen to live in an exceptionally beautiful part of the world (Cornwall) with the South West Coast Path right on my doorstep. And I’m making sure adventure is at the centre of it.

So what is adventure, exactly?

“Adventure is an unusual and exciting or daring experience”. Oxford English Dictionary

There’s no definition I could find that says it has to be on the other side of the world. It doesn’t say it has to be an expedition to the North Pole, Kathmandu or Mars. It doesn’t say you can’t have an adventure in your own backyard, so that’s where I’ve focused my energies in recent years. The word to focus on here though is “experience”.  Adventure IS an experience.

It doesn’t have to cost a fortune (it doesn’t have to cost anything) and it doesn’t mean you have to neglect your responsibilities (whether they’re responsibilities you want or not). What it does mean is that if you’re physically and mentally well you are going to have to put on the gloves and fight those attitudes and expectations that say you can’t have adventure in your life. Women adventurers have lots of battles to fight, but the hardest ones are often social expectations. But

It’s your life and you deserve to live it on your terms.

The very definition of adventure means that it will be different for everyone: the only thing you have to do to qualify is to have unusual and exciting or daring experiences. And that means an experience that will push you out of your comfort zone. Even a little.

Let’s encourage each other to re-frame the adventure in our lives, whether the adventures are big or small! I’d love to hear what your last adventure was, or what you’re planning next, so let’s get chatting – leave a comment below!

The Women’s End2End Relay – I Did It!

Depression And Walking (And Me)