Blog > Monmouth Town (And Other Highlights On Offa’s Dyke Path)

Monmouth Town (And Other Highlights On Offa’s Dyke Path)

Most hikers hike for the big views, the immersion in nature, maybe even to find ourselves rather than just finding the trail. But hiking national trails in the UK inevitably takes you through villages, towns, and historic sites too, and Offa’s Dyke Path is no exception. So, just like on the Cotswold Way, I spent a bit of time exploring – or gazing up in wonder!

Maybe you’re putting your hiking plan together right now and are wondering where it’s worth spending a bit of time. So,

Here are 5 highlights on the trail – great places to put your feet up for a while and soak up the atmosphere!

Why not pencil them in?

Monmouth is famous as the birthplace of King Henry V, and it’s right on the trail so you can’t miss it – in fact, the trail goes through Monmouth town centre. It’s a pretty, vibrant town in Wales full of independent shops as well as the usual chain stores. It’s worth planning a break in your day here, even for an hour or so. I stopped for lunch (you could even sit by the river Monnow to make a brew) and a battery charge, as well as stocking up on some groceries (there’s a good M&S right on the main street).

The best thing about Monmouth I experienced though, hands down, is the Monnow Bridge over the River Monnow, shortly before its confluence with the River Wye.

I had no idea Monmouth town had a fortified bridge, let alone the only one left in Britain with a gatehouse tower on it. And when I realised that, it became even more special because I knew I’d never see another one again! 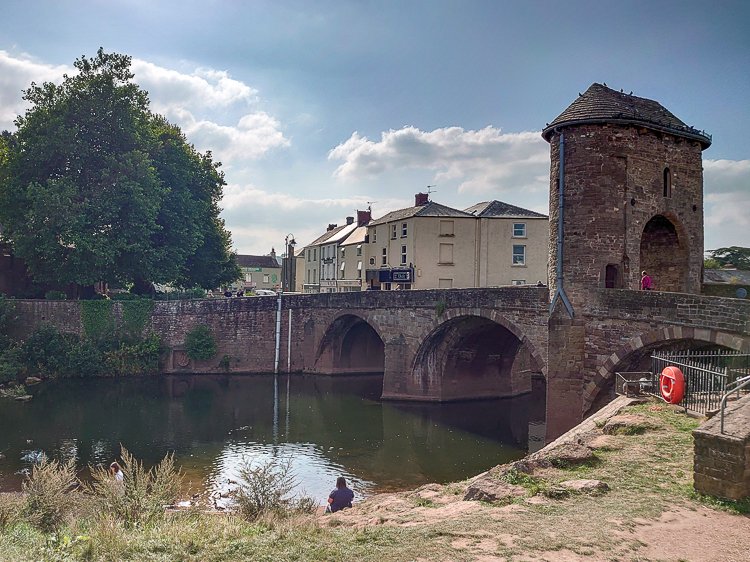 This is the last remaining bridge of its kind in Britain

Monnow Bridge (grade 1 listed) is built from a beautiful red sandstone and it’s amazing to think it’s survived since the late 13th century (although there’s been some reconstruction over the centuries). Motorised traffic used the bridge until relatively recently, and after the number of accidents, you wonder how it survived at all. 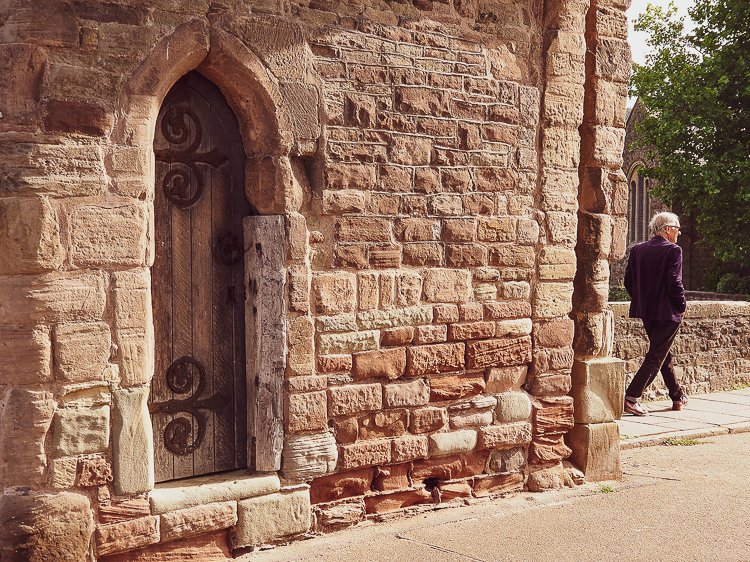 A beautiful arched doorway and iron hinges caught my eye

Thankfully it was pedestrianised again in 2004, which means you feel pretty safe as you stand there gawping up at this ancient wonder! 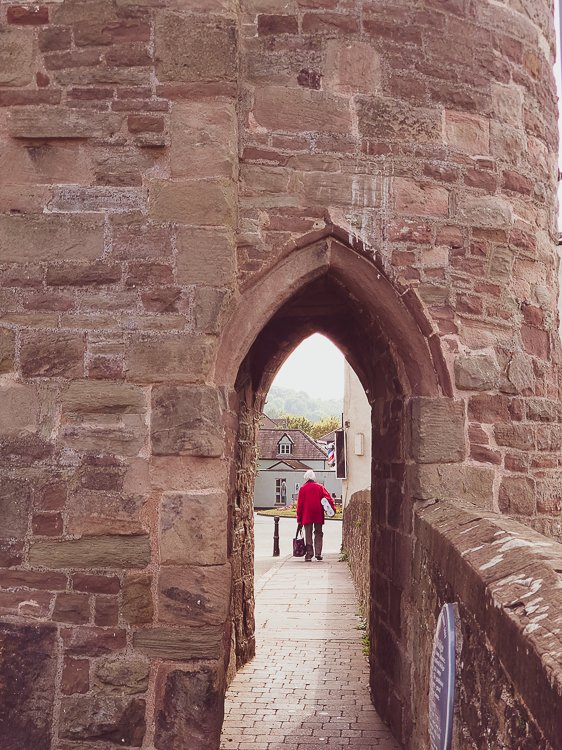 A passageway through the tower

Other Things In Monmouth 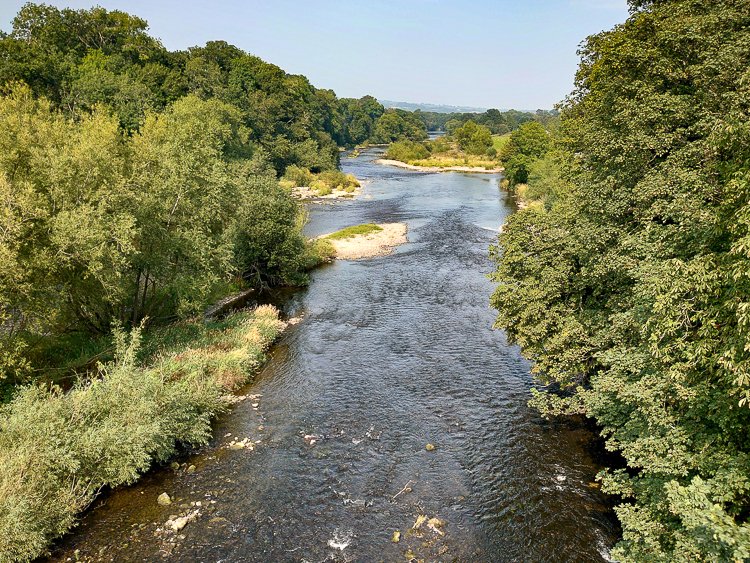 The River Wye at Hay

Hay-on-Wye is known for books: secondhand books to be precise. And once again this thriving Welsh town is right on Offa’s Dyke Path – no detour required.  I was ahead of myself by this point of my hike, mileage-wise, so decided to do half a day’s walk and spend some time eating myself around Hay-on-Wye and soaking up the atmosphere!

Hay is just within the Brecon Beacons National Park and makes a great place to stock up after you come off (or head up) the long walk across Hatterrall Ridge. 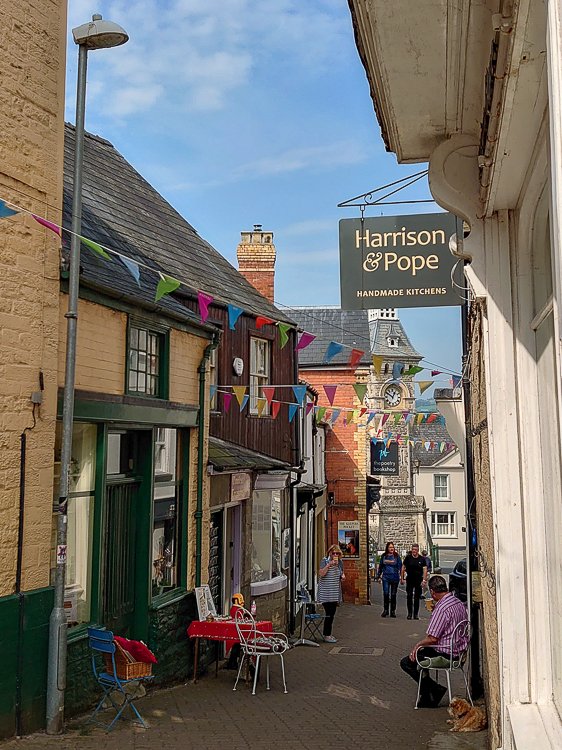 Hay-on-Wye has hosted the annual literary festival ‘Hay Festival‘ at the end of May/beginning of June since 1988. Time your hike right and you could spend some time listening to authors from all over the world. Failing that you can do what I did: spend a good few hours browsing second-hand books and wishing your base-weight was somewhat lighter! 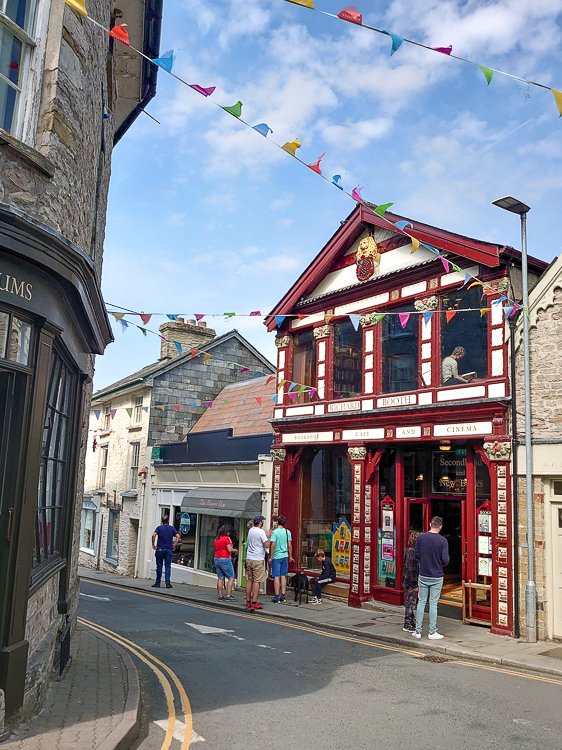 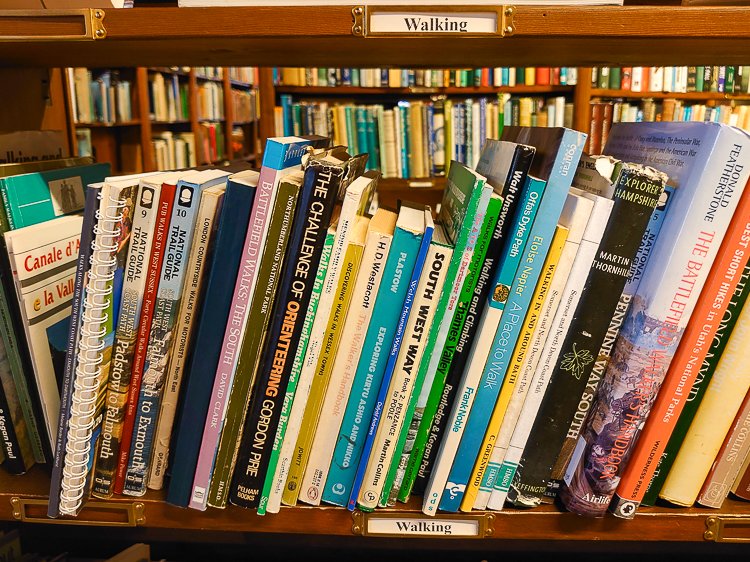 There are plenty of walking books to browse through, even if you can’t carry them! (There was a good selection of Wainright’s too.)

Alternatively, you could spend a bit of time gazing at some unusual window displays… 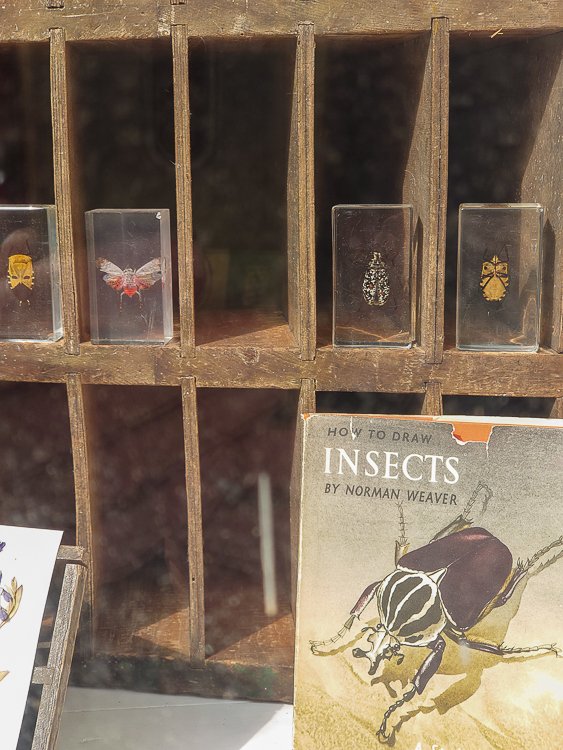 One of the quirkier, intriguing window displays in town

or sit in a cafe people-watching while you have breakfast, lunch, or like me…both!

Other Things In Hay-on-Wye For Hikers 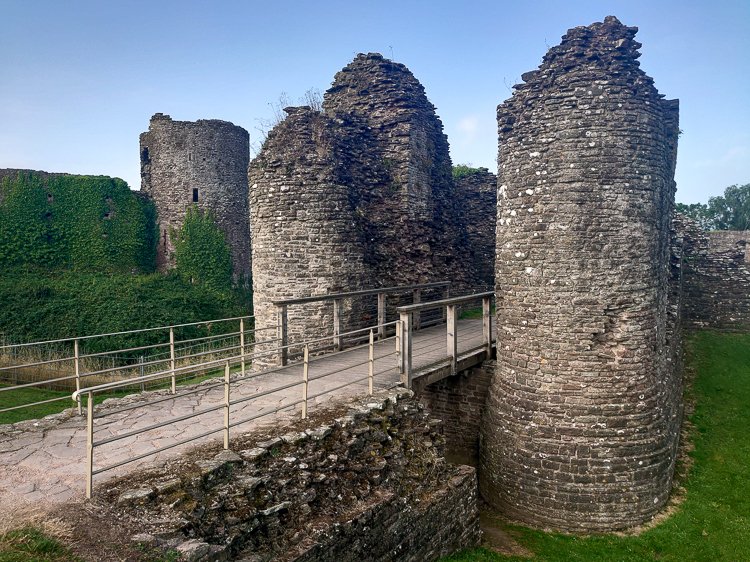 It’s the best-preserved of three Monmouthshire castles (including Grosmont and Skenfrith, which aren’t on the trail) and it’s free to visit. The gatehouses and water-filled moat are pretty special. 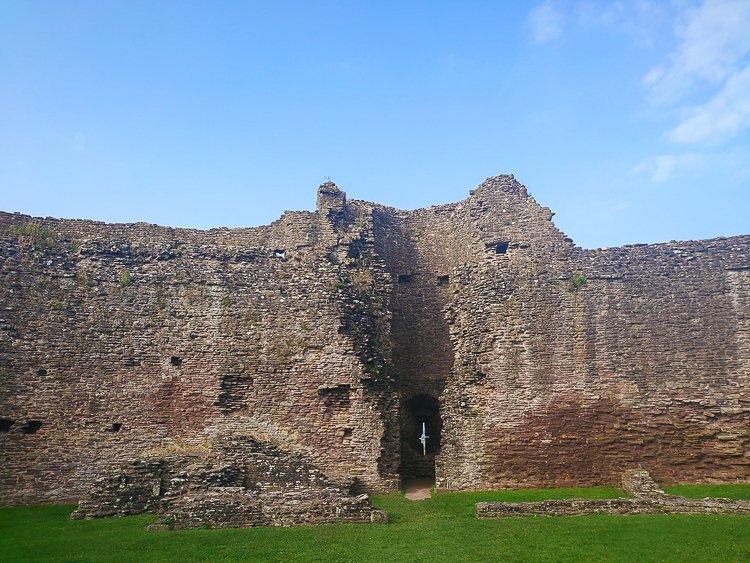 Inside the castle walls 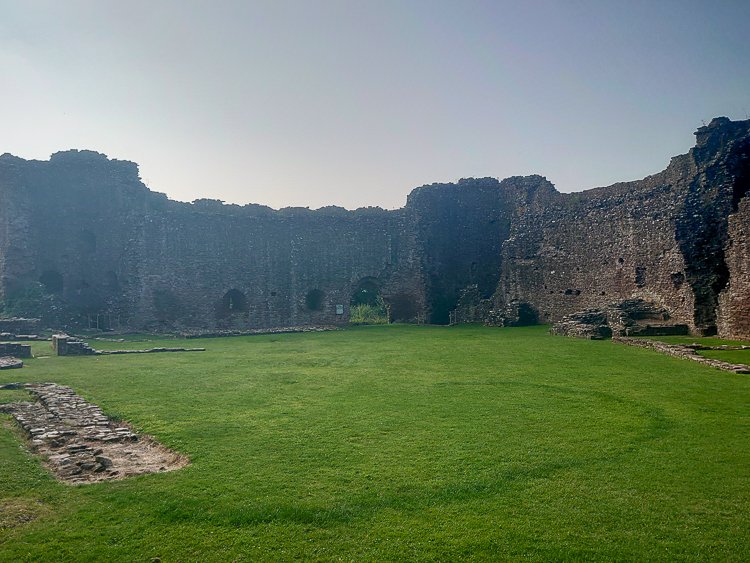 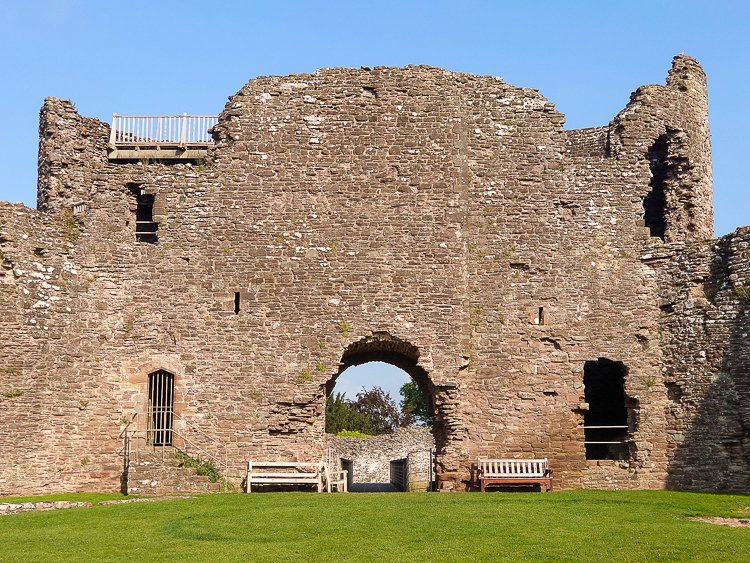 Looking at the main gateway into the castle (from inside)

You could spend 30 – 40 minutes exploring the ruins, or take a bit longer and enjoy the grounds too. Large grassy areas and picnic tables make it the perfect place for a pit stop before you head off again. I was there fairly early in the morning and there were only two other people enjoying the peace and quiet. Imagine that – a whole castle pretty much to yourself! 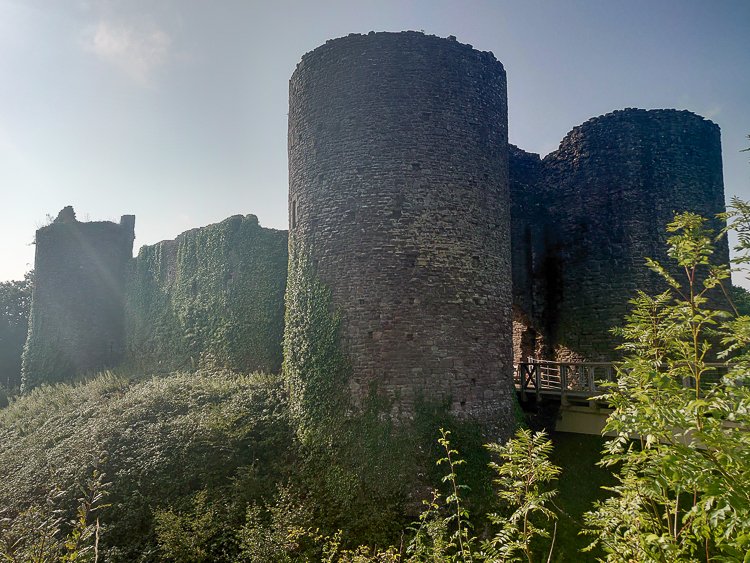 Bridge over the moat

I was pretty desperate for water when I decided to head off-trail for a mile or two into Montogmery. I didn’t want to go. In fact, I was in a right mood at the prospect of adding more miles to the heat of the day! But it was, of course, worth it. 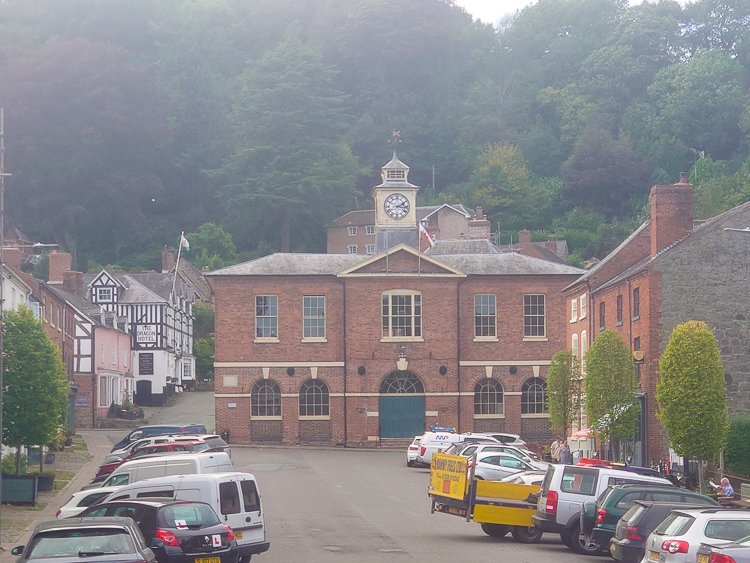 The Town Hall and market

Luckily it’s an easy walk that brings you right into the centre of a well-preserved small Georgian town. ‘Pretty’ doesn’t begin to describe it.

I found a well-stocked Spar shop soon enough, right on the square (above). There were bistro tables outside so I sat and ate my sandwich and drank a litre of Coke: what a place to watch the world go by! I heard my first Welsh speakers in 100 miles and put the world to rights with an older couple (local farmers) enjoying a pasty. They’d been avid walkers and climbers all their lives and completed all the Munroes –  and were still doing “10 – 15 mile walks”…in their mid 80’s! 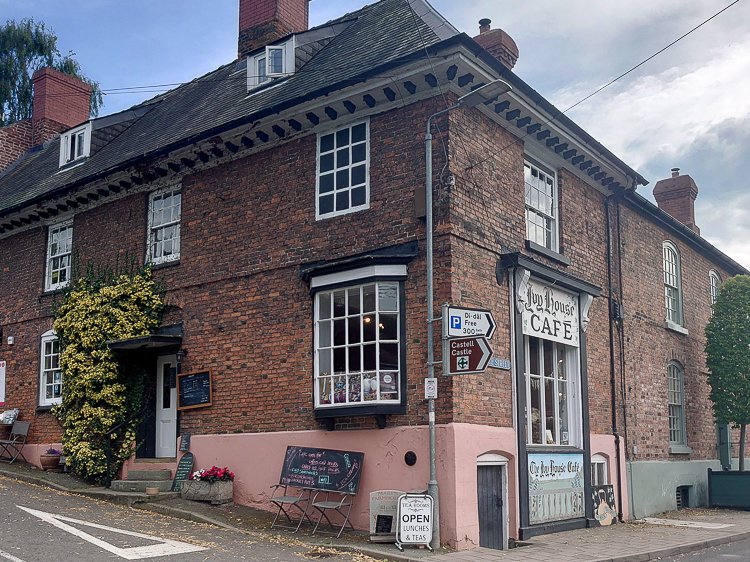 One of two cafe’s in Montgomery village centre

Llangollen And The River Dee

The centre of this small town is about a mile and a half off Offa’s Dyke Path. It’s a really steep descent, so if you’re lacking in energy remember there’ll be a tough hike back up! (So allow more time.)

The most beautiful aspect of the town is the River Dee and the 14th-century bridge that spans it (see below), but the town is also famous as the venue The International Musical Eisteddfod. 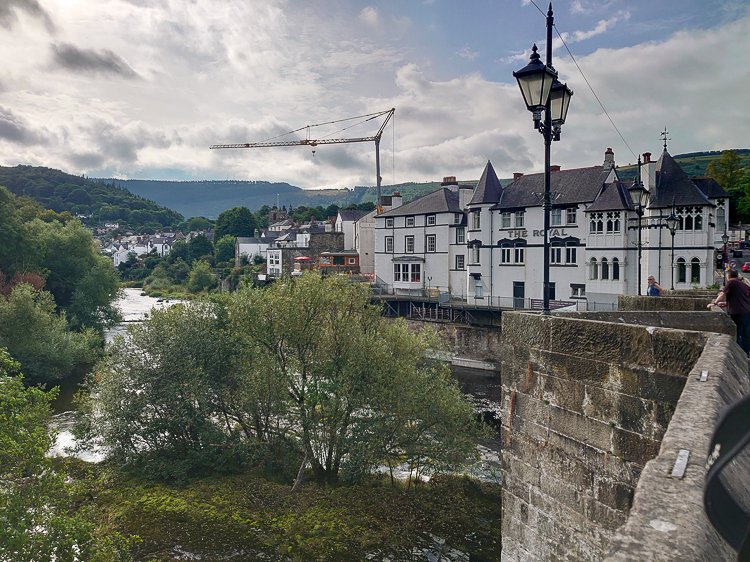 The River Dee from the 14th-century bridge

You’ll find everything you need in Llangollen’s main street from a large convenience store to outdoor suppliers, and of course plenty of places to eat.

When you head back up to the trail you might fancy going up an even steeper hill to explore the ruins of Castle Dinas Bran…but then again, you might not! 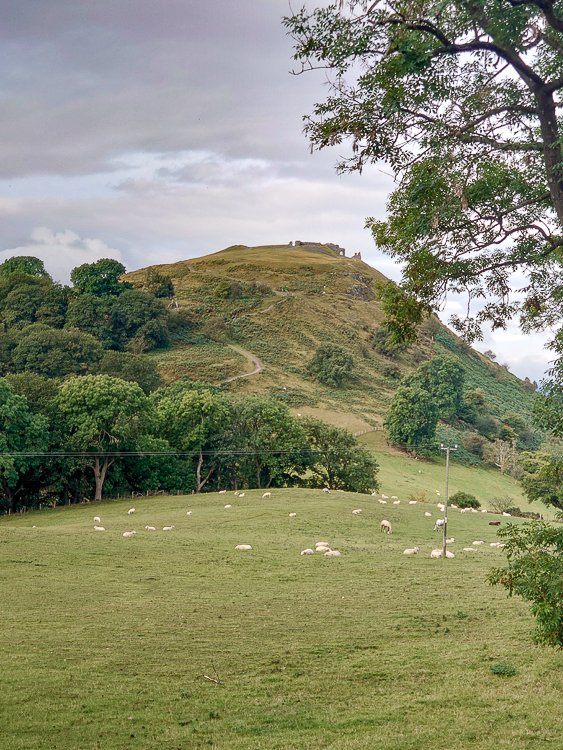 Castle Dinas Bran on the outskirts of Llangollen

I have to admit that I did not haha! (Imagine the views though.)

There are lots of other places to spend a bit of time along the way of course, but I hope I’ve persuaded you that these highlights are worth adding to your hiking plan.

What do you think? Maybe you’ve visited some of them already or have other places you think are worth exploring along this trail? Share your recommendations in the comments – we’d love to hear from you!

Are You Looking For Even More Inspiration?

How about this feature with Zoe Langley-Wathen? 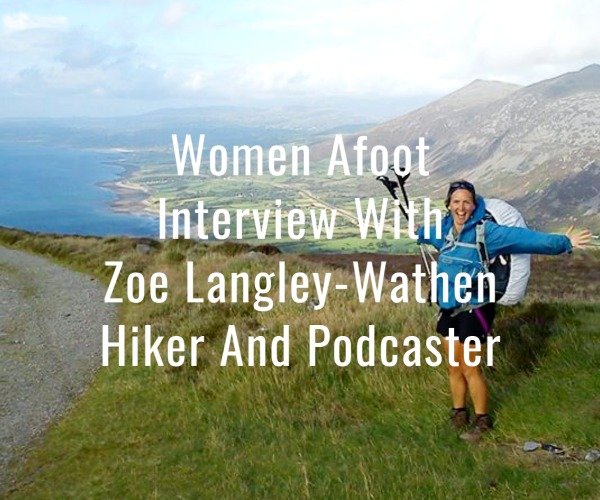 Or Maybe discover some cool places to put your feet up on The Cotswold Way National Trail too! 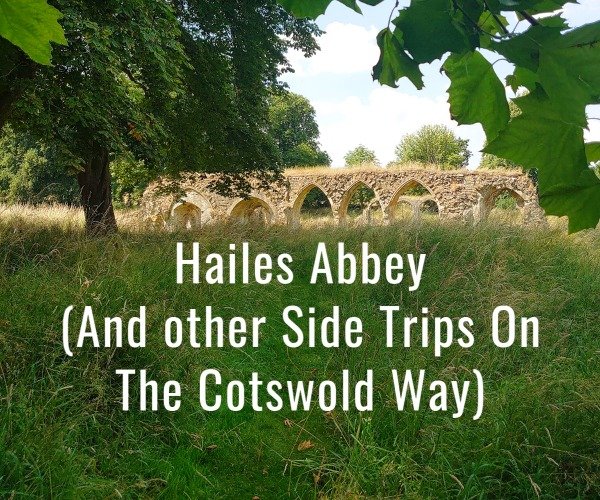 If you've you've found inspiration or love my guides please support me on Ko-fi. (I spend a lot of time writing in coffee shops!)