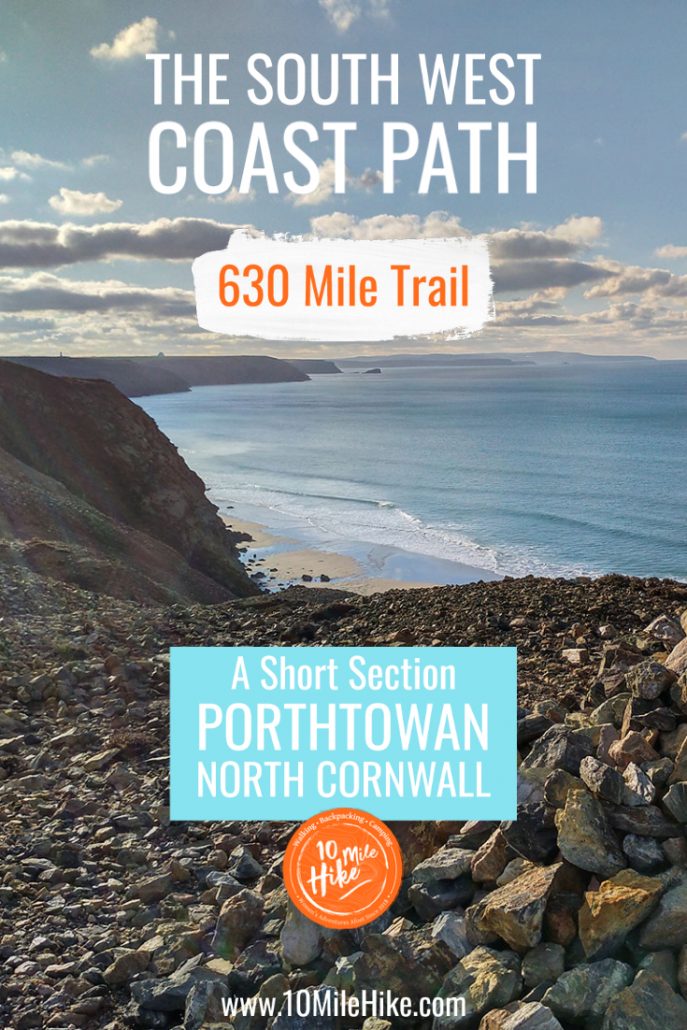 Our Section Hike Of The Cornwall Coast Path Was Going From Bad To Worse! 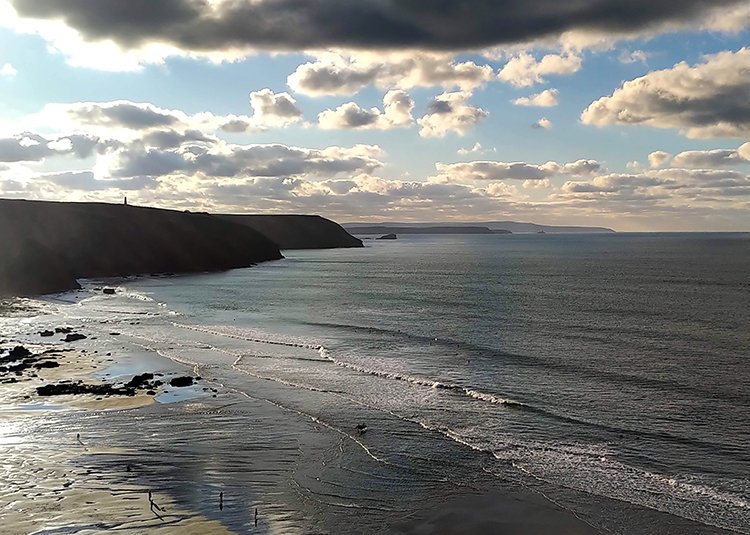 The sparkling sea at Porthtowan

This hike turned out to be the second disappointment in a row for Katie and me on our quest to hike the 300-mile section of Cornwall on the South West Coast Path. We’d planned a 13-mile point-to-point walk, beginning where we’d left off the previous week on the St Agnes Heritage Coast, but ended up cutting it drastically short not long after we started. 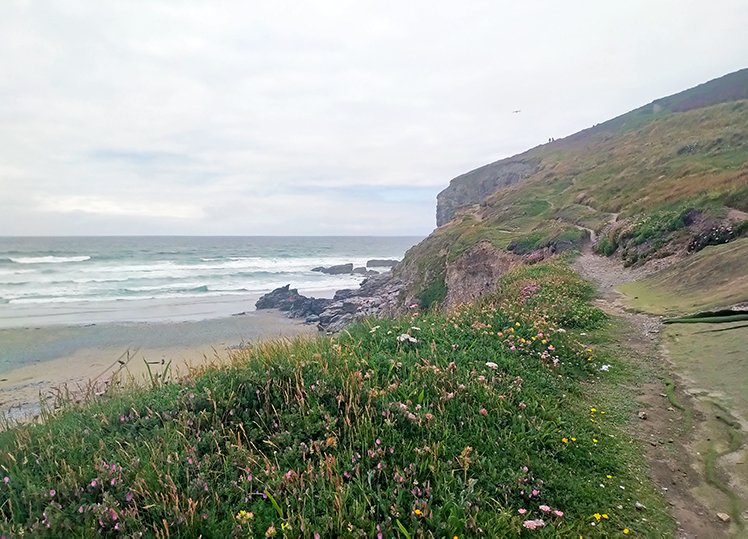 The cliff path in summer

We hiked just 1.5 miles from Chapel Porth to Porthtowan on the South West Coast Path that day: sometimes things just don’t go the way you plan…

What’s A Bit Of Wind And Rain Between Hikers?

I left my car in an isolated car park 11 miles down the coast at Godrevy beach on a pitch-black stormy night, ready for the drive home at the intended finish of the next day’s hike. I wondered if it would still be there in the morning, washed away or vandalised. It was raining hard and I got soaked to the skin on the bike ride home, but I’d convinced myself it was a better option than doing it in the morning in the 30mph winds (gusting to 45) that were forecast. I hate riding hills in the wind – and there are lots of them.

The next morning I rode down to Chapel Porth (St Agnes) in a full-on headwind to meet Katie; the overnight rain hadn’t eased off either. I struggled down a mud-laden track towards the beach and passed a woman shielding herself from an elemental battering by leaning into a hedge, holding the hood of her coat over her face.

All of a sudden I fell sideways – I’d ridden straight into a fallen tree-top, ensnared by its whippy branches. It was too hard to ride against the force of the gale so I walked the last half mile or so with the shock still rattling through me and my face pelted by icy rain and hail. When I got to the beach Katie and her dogs were waiting in the warmth of her car.

I looked a complete mess: wet, covered in mud, wearing a mouldy, over-sized emergency pair of ‘once-upon-a-time-these-may-have-been-slightly-waterproof’ trousers and a fluorescent yellow jacket.

I took off my bike helmet and completed the ‘I-couldn’t-care-less’ look by shoving a balaclava over my head.

Katie stepped out wearing a sugar-pink ski jacket and black leggings. I fear we may have clashed. 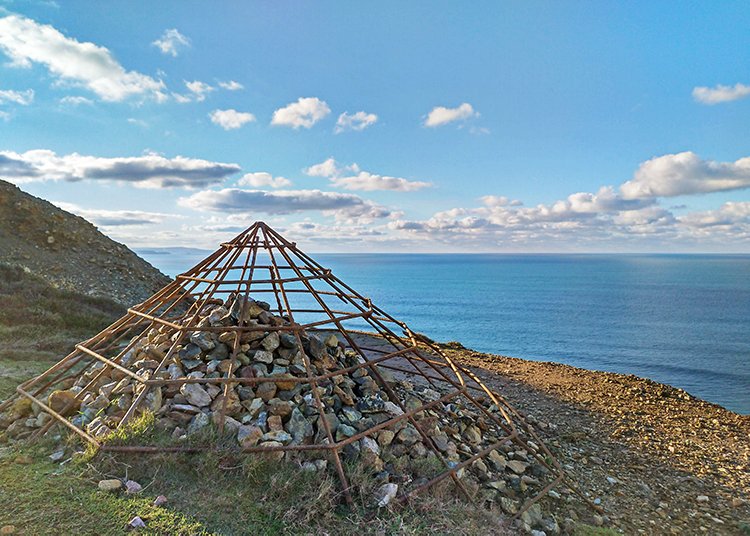 A capped mine shaft at Wheal Charlotte

It was a rough start, but we got ourselves moving with a push up the steep track that rises high above Chapel Porth to the scarred landscape of Wheal Charlotte at the top. I love this track whatever the weather. It’s so familiar underfoot, but you never know what you’re going to see once you get to the top. The expansive view could open out onto a sparkling sea or be sleeping under a cloak of watery mist. On this particular day it felt like a desolate path to nowhere.

Mine spoil on the cliff edge at Wheal Charlotte

45 Mile An Hour Winds At Porthtowan? The Forecast Lied!

My eyes were streaming with cold tears. There was no conversation. Words disappeared on the wind, muffled by hoods and balaclava; all I really heard were the words “Polly, no!”, shouted time and again. Polly, Katie’s greyhound, kept charging at full speed at her other dog Winnie. She ran backward and forwards under our feet like a whirling dervish, tripping us up and slowing our progress, so much so that I didn’t really notice anything around me with my head down against the gale, Polly-watching. She seemed to be going mad.

A mile or so along the cliff, close to the village of Porthtowan a strong gust lurched us forward. But it was nothing like we were expecting – it was more than a 45 mile an hour gust: it was full-on exposure.

Suddenly we were on our knees, cut down like trees rotting at the base, clinging to rough tussocks of grass, our backs, thankfully, against the onshore onslaught.

It felt like we’d never be able to stand up again, pinned down watching Winnie’s chops smacking like flags; even Polly was lying low. It was relentless and we knelt there helplessly clinging on, waiting for an age for it to pass. But it didn’t. We looked at each other with growing unease, wondering what the hell we should do, how the hell we’d get off the cliff.

“This is too dangerous”, I yelled in an effort to be heard. “Shall we head inland?”, Katie yelled back. It occurred to me we might have to crawl on all fours, but Katie managed to stand up and was immediately pulled forward like a boat without a tiller. I tentatively followed suit. We didn’t have a choice which path to take, we were shoved wherever the wind pushed us and it wasn’t until we were down in a slight dip that we could hear each other. We agreed to head down to Porthtowan and the safety of Blue Bar, a popular cafe near the beach. 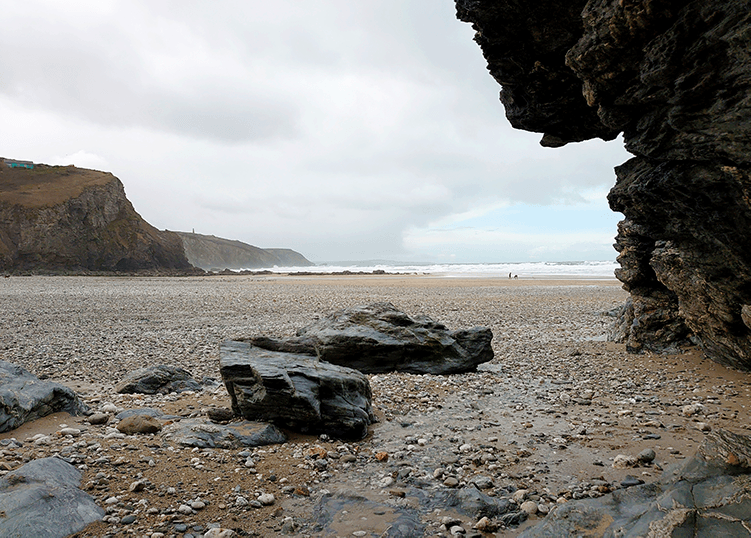 Down Into The Safety Of Porthtowan

Once we got into the warm we could barely speak; we were both totally shell-shocked. Neither of us could really believe what had happened, or how vulnerable we were. We had no control, just the certain knowledge that with a flip in wind direction we would have been at the bottom of a cliff, smashed on the rocks and churned by the waves. It was a sobering, humbling thought.

I felt bitterly disappointed as I sat in the cafe, thwarted yet again by the weather.

So far over three weeks we’d hiked a paltry 13 miles of The South West Coast Path, but when we took on the challenge the actual walking seemed like the easiest part of the deal. We thought the biggest headache would be transport, now I wasn’t so sure. We’d factored in the rain, it’s always raining in Cornwall, but if we’d learned anything by this point it was ‘don’t mess with the wind’. The forecast was for heavy rain and 30mph winds that day, gusting to 45, and it was supposed to drop off and become clear as the morning went on. In fact

70 mph gusts were recorded that morning, and there was no doubt in our minds that’s what we experienced.

Stay away from the cliff edge in gale force winds haha!

So, we altered our plans on the fly. We went for a wander on Porthtowan beach which was covered in thick spume like the head on a glass of Guinness, and within 2 minutes I found a couple of washed-up razorbills and guillemot – real casualties of the storm. Then, finally, we turned inland past Tywarnhayle Copper Mine and back to Chapel Porth on footpaths and woodland tracks, which made an interesting (if disappointing) 5-mile or so walk. 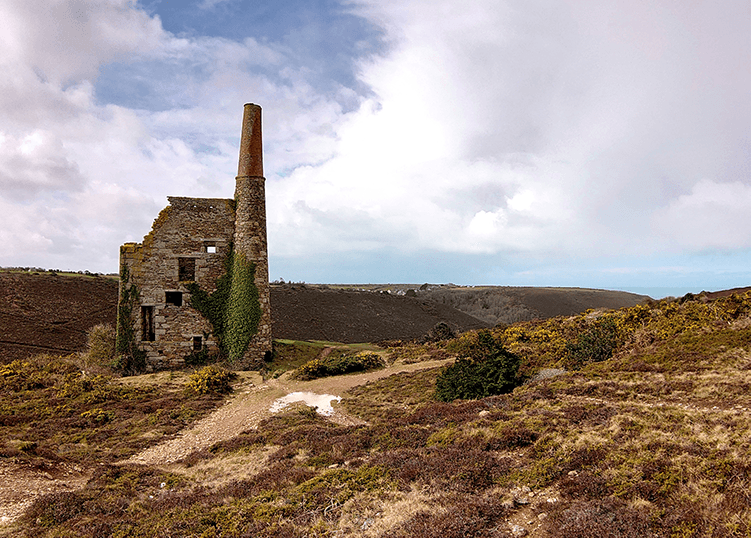 Tywarnhayle Copper Mine sits on top of a bleak windswept hill above Porthtowan where you can explore the well-preserved engine house that was built in 1861. (The mine originally opened in 1750 under the name of Wheal Rock.)

Back at Chapel Porth Katie drove us down to Godrevy where I’d parked my car the night before – and it hadn’t blown away! The wind had dropped a bit so Katie let the dogs off their leads for a run in the dunes, and then she said something that surprised me: she said she felt like she’d made it anyway. I realised then that my biggest frustration lay in the feeling we weren’t making any progress because were still in very familiar territory – and where was the challenge in that? It took a few weeks, but

I learnt soon enough that my challenge was to accept that the weather always has the upper hand!

And Katie was right, we’d made it (alive) anyway.

And breathe – a glorious Porthtowan sunset

Longer Circular Walks In Cornwall - Some Of My Favourites!

This is such a stunning section of the coast and a real joy for anyone hiking through. Take your time and savour the views!

You’ll need your energy for the next climb up the cliffs and on to Portreath! If you’re in the area for a while though and want a short circular walk along this section of cliff, check out the details and GPX file below. Maybe I’ll see you out there, until then

If you enjoyed this article please share it with your friends and followers and why not pin it to your favourite Pinterest board! 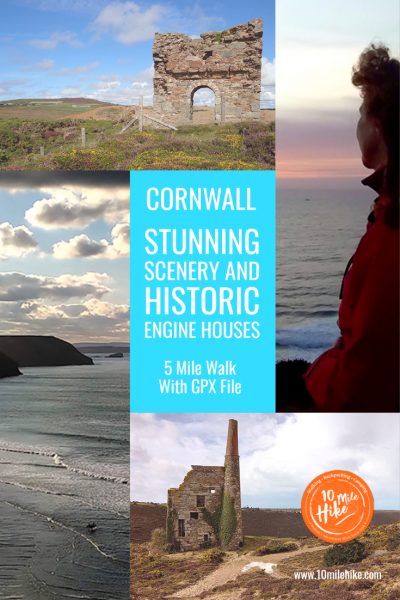 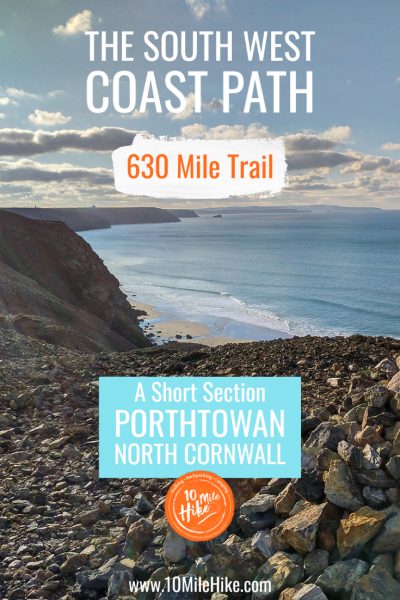